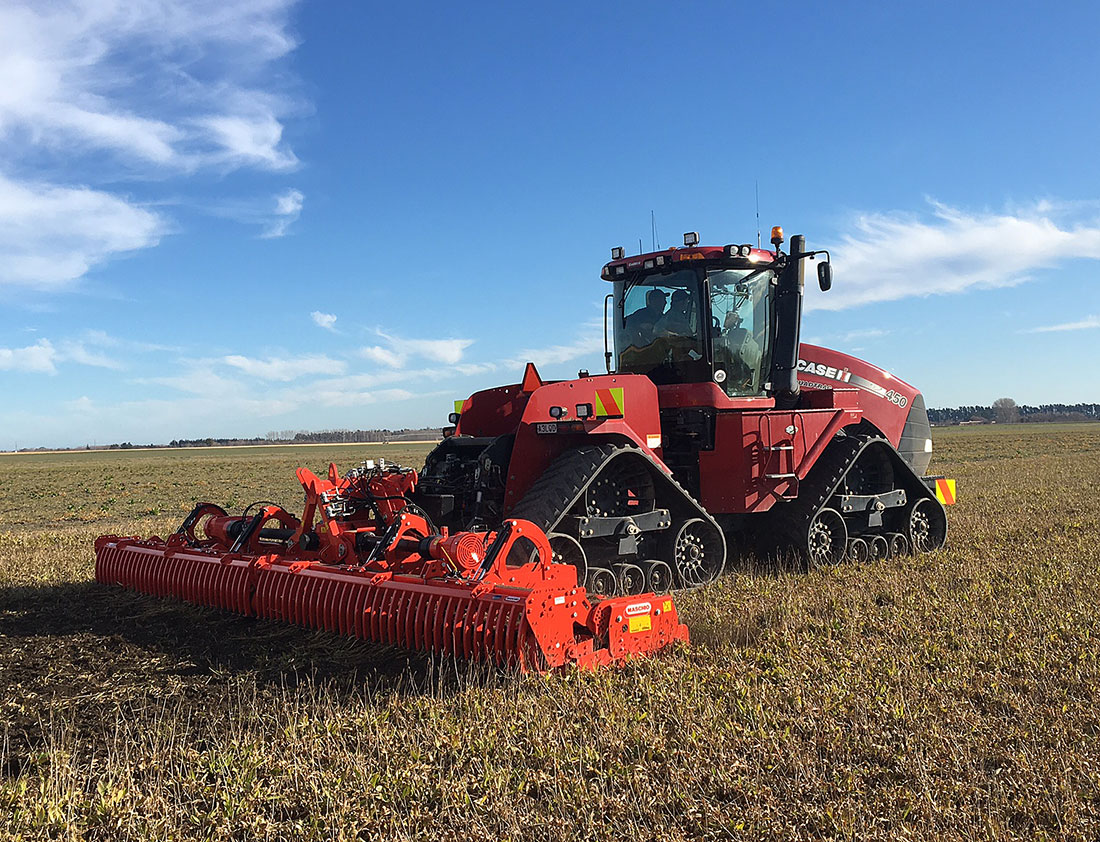 Some sorts of farming lend themselves to minimum tillage, but with cropping the priority is a good seedbed. So what is the best approach?
Canterbury cropping farmer Eric Watson has thought about this a lot.

“I am of the philosophy that you don't damage the soil structure. It’s better to cultivate once with a power harrow and break up the lumps properly, rather than three or four times with discs, especially if the discs don’t achieve results and all that traffic compacts the ground.”

He used to focus on min-till and still does at times, but his philosophy is more about ‘non-inversion’ tillage, i.e., no plough.

He uses the right tool for each job and has a Maschio power harrow for the heavier clay soils and for cultivating after grass seed and fescue crops. For his lighter soils he uses his Great Plains X-press discs.

Eric bought his Maschio Jumbo Rapido HD power harrow in August. It is a whopping 8.0m wide and the biggest Power Farming has sold in New Zealand.

“I had a power harrow, but it was a bit undersized for the horsepower I was putting through it with our 450hp Quadtrack.”

Another reason he bought it was a convincing demonstration by Simon Jackson of Power Farming Ashburton. Simon used a Rapido to cultivate a grass paddock without any prior cultivation.

“I was impressed with that. I had never thought of going straight into grass. I don't plough and discs have trouble breaking down turf.”

In spring Eric plants fine seeds like pak choi and he needs the power harrow because discs struggle to break up lumps in clay ground.

“The Maschio Jumbo also copes well with trash after wheat. I hate burning, but thought it was a necessary evil. Now I may be able to go straight into it without burning and incorporate the carbon into the soil.” 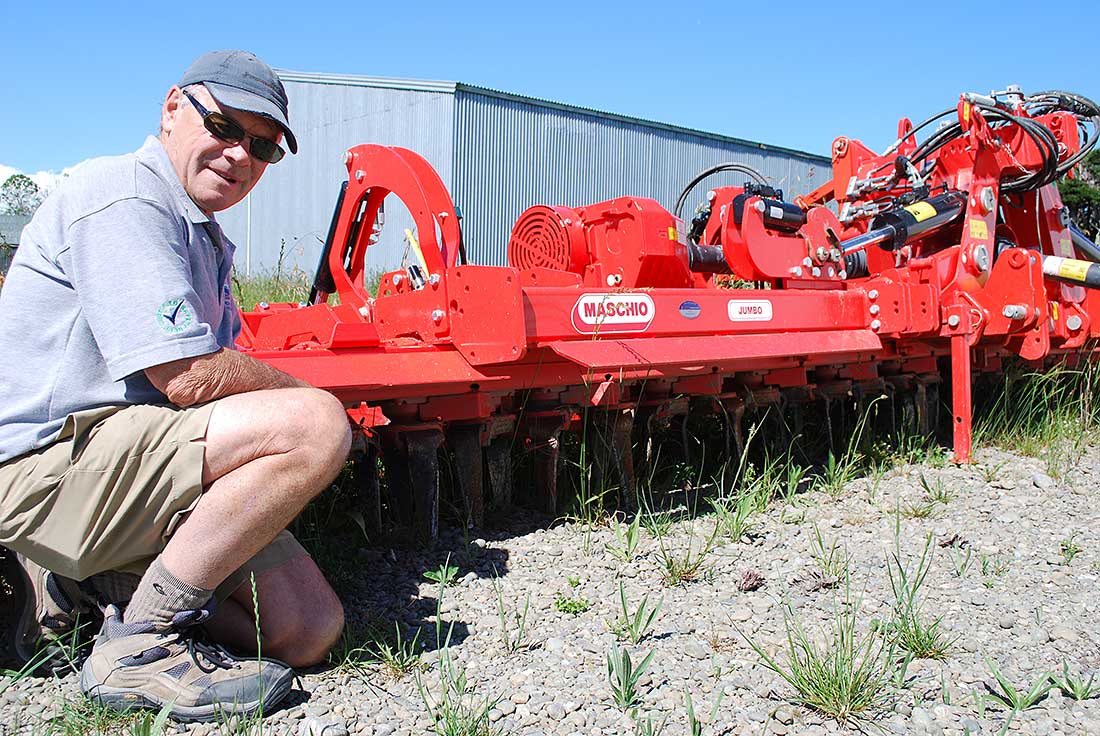 The power harrow runs off the PTO at 1000 rpm on the three-point-linkage. Eric works it at 6-7 kph. The 8.0m implement is surprisingly easy to move around, and folds with the push of a button.

Depth is variable and adjusted from the cab. “I can refine it for the soil conditions. If there’s a patch in a field that isn't so cloddy then I can speed it up. Or if it is very cloddy then I can slow it down and hold soil in longer with levelling boards at the back to break lumps.”

In two passes, one with the power harrow and one with the SLD, Eric can sow spinach, which requires a fine seedbed without compaction, after a plantain crop.

For the light soils Eric has another perfect tool, an 8.0m Great Plains X-press set of discs. He bought it three seasons ago to replace a tine cultivator that couldn’t get through the trash.

“I was struggling in autumn for a fine enough seed bed. The trash would build up and block. The Simba discs have sped up cultivation. They handle a lot of trash and mix it in which is great because I want to retain as much of it as possible.”

The Xpress also helps dry out soil. In the spring after a wet winter Eric can use it to open up the ground so it can dry. At 8.0m wide, and travelling at 10-12 kph, it’s fast.

“On light ground, it’s cheap. One pass and I can drill. A big attraction is the hydraulically adjustable angle of the discs. To me that’s a big benefit,” he says.

“Most discs can’t be altered, and I can now do it from the tractor. If it starts to block, I can slow down, reduce the cut of the discs, and it’s easy. It saves so much time, and time is money.”